Wait….What? Does this statement confuse you? It confuses me, until I put it into context. Today marks the beginning of Lent. The beginning of the last days Jesus walked among us. The end of His physical life on this Earth. The beginning of a new covenant with His death, burial and resurrection.

Do you celebrate Ash Wednesday? Even though I'm not Catholic, I do observe this season. For me, it is a time of reflection, a time to be more mindful of Jesus' last days on Earth, a time to search for and find answers to questions about His life.

This year, I want to see people through God's eyes, have God's love for them, have God's heart for the forgotten. Have you heard Brandon Heath's song, "Give Me Your Eyes"? (The video is not posted here because the embedding is disabled, so you'll have to click the link to watch it.)

Starting today, This Day, that is my heart. Will you join me in this challenge?

12 "Even now," declares the LORD,
"return to me with all your heart,
with fasting and weeping and mourning."

13 Rend your heart
and not your garments.
Return to the LORD your God,
for he is gracious and compassionate,
slow to anger and abounding in love,
and he relents from sending calamity.

Back in the Saddle

I am catching up on a few things....one of which is posting photos to my Shutter Clicks blog.

More to come as I get thru my busy week. I'm diligently working on my final project which is due Saturday and studying for my final (also Saturday).

1 John 4:18 (NIV) There is no fear in love. But perfect love drives out fear, because fear has to do with punishment. The one who fears is not made perfect in love.

I have the Flu!

What is the Flu? by Stephanie Watson

The flu is a respiratory illness caused by the influenza virus. The flu is not the same as a cold, although they share many of the same symptoms. The cold is caused by a different virus, and it tends to have milder symptoms than the flu. Colds are also less likely to cause serious complications.

When the influenza virus gets into the body, it moves into the respiratory tract. Once there, it binds to the surface of cells. The virus then opens and releases its genetic information (RNA) into the cell's nucleus. The nucleus is where the cell's genetic information (DNA and RNA) is stored. The virus replicates, or copies itself, and takes over the functions of the cell. The copies of the virus move to the cell membrane until the cell finally dies and releases them out into the body, where they go on to infect other cells.

The respiratory tissues swell up and become inflamed (the inflammation usually heals within a few weeks). As the virus moves through the respiratory tract and into the bloodstream, the first symptoms begin to emerge. The replication process continues for up to several days, until the body's immune system begins to fight the virus off.

Flu symptoms can include any or all of the following:

These symptoms, although uncomfortable, are generally not dangerous. But the flu also weakens the immune system, leaving it vulnerable to more serious infections. High-risk individuals in particular are susceptible to serious complications, such as:

*****************************
That's probably more information than you wanted to know about the flu, but that is what's been happening to me for the last several days. I've already missed two days of work and it looks like I won't be going tomorrow either. D.a.r.n. flu bug! I find it pretty amazing that you can google flu trends! I guess there should be some comfort in knowing that other people are as miserable as you are! ha! Not really.

I'm thankful that I am fearfully and wonderfully made because God created a wonderful immune system to combat nasty little bugs like the flu. So, until my immune system has worked it's amazing job.....I'll be on the couch, with my bff....Puffs box.

Romans 8:38-39 (NIV) For I am convinced that neither death nor life, neither angels nor demons,a neither the present nor the future, nor any powers, 39neither height nor depth, nor anything else in all creation, will be able to separate us from the love of God that is in Christ Jesus our Lord.

Do you remember these cut-out Valentines? I sure do. We decorated old shoe boxes to hold all the wonderful Valentines we would get from our classmates. Everyone got Valentines...and you gave a Valentine to everyone! No exclusions. Even if you didn't like those boys, you still gave them one.

Funny how that really is a lesson for us today. No one is excluded from God's love. Everyone is offered the gift of salvation. No exclusions. I love that.

Today, This Day, of sharing love, share the love of Christ.

John 3:16 (NKJV) For God so loved the world that He gave His only begotten Son, that whoever believes in Him should not perish but have everlasting life.

It's easy to think that God's not listening to your requests--especially when you're praying for that "special request" that continues to go unanswered. I am finding that more and more my petitions are for a healing touch for a family member, friend, or co-worker. Are you finding that to be true as well?

During chemo treatments, there were two prayers I prayed out loud most days. These prayers comforted me, encouraged me, and strengthened me. When everything else around me was out of control I knew God was in control of my situation. Even though I did not receive a miraculous, healing of the cancer being immediately removed, I believe God healed me through the advances of medicine.

Why doesn't God heal us instantly? I believe that sometimes, God allows that which He hates to accomplish that which He loves. Because God did not heal me instantly, I have a powerful testimony of His grace and mercy....first hand experience of how He saw me through, helped me endure, and brought me to a closer walk with Him. Because isn't that why we're here?

Father God, I thank You for creating me in Your image. I praise You that I am fearfully and wonderfully made. I confess that You are the God who heals, my Great Physician. I ask You to heal my body from the top of my head to the soles of my feet. I pray that You would regenerate every bone, joint, tendon, ligament, tissue, organ, and cell of my body. This is the day that the Lord has made; I will rejoice and be glad in it.

Father God, I thank You for sustaining me today. I thank You that You are made perfect in my weakness. Your grace is sufficient for me. I thank You that Your steadfast love never ceases and Your mercies are new every morning. You say in Your Word that mourning may come for a night, but the new day will bring gladness. Bless me with a healing night's sleep. Restore unto me the joy of my salvation. Help me to stay on the path that leads to life.

Most of all, don't be discouraged! Here's what He says about prayer:
I am so thankful for the healing touch I received from God. What is your need today, This Day? Go with confidence to the throne of grace, go often, and pray continually; and presently, actively, continually believe that He hears you, knows your heart, and has a plan.

Philippians 4:6 (NKJV) Be anxious for nothing, but in everything by prayer and supplication, with thanksgiving, let your requests be made known to God

Another Week of the 365 Project

Pictures from February 1-7 are posted on my 365 photo blog. Please stop by and see what I've been up to this past week. I can't stay long here.....my wonderful hubby has the day off and I'm headed to spend some much needed time with him.

Have a great day today, This Day, enjoying your family, friends, and God's many blessings.

There is so much in today's news about the economy, financial ruin, debt, and investment loss. The trend of people walking away from their financial responsibilities through bankruptcies is mind boggling. Another problem is that so many people live way beyond their means. I must admit, I have been guilty of using the convenience of credit cards to purchase "wants" when my "needs" are completely met. People who use credit in this manner are always in the hole and can never seem to get their head above water. They are always over extended on credit.

I'm thankful Jesus wiped out any debt I owed when He took on my sin. What about your account? Has your account been cleared or are you still burdened by the sin debt owed? There is no greater feeling than knowing your debt has been paid in full. Would you like to be free and clear of debt? Ask Jesus to erase that debt today, This Day.

1 Have mercy upon me, O God,
According to Your lovingkindness;
According to the multitude of Your tender mercies,
Blot out my transgressions.
2 Wash me thoroughly from my iniquity,
And cleanse me from my sin.
3 For I acknowledge my transgressions,
And my sin is always before me.
4 Against You, You only, have I sinned,
And done this evil in Your sight—
That You may be found just when You speak,
And blameless when You judge.

SusanD
My reasons for starting this blog are three-fold: 1) to share God's love with others, 2) to be a better writer, and 3) to take better pictures (you can view them on my photo blog by clicking on the camera). I believe God will use these mediums to teach me and show His love. My interests include motorcycles. Yes, I ride my own Harley. I love it! My husband and I belong to the Christian Motorcyclists Assn. and enjoy riding and sharing our faith with others. 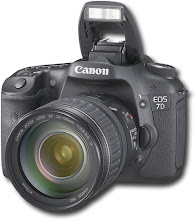 Let each of you look out not only for his own interests, but also for the interests of others. Philippians 2:4 (NKJV) 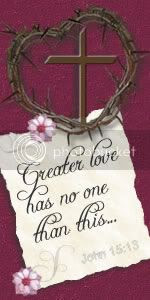 My Family of Friends